Systems and Technologies for Space Exploration

This Space project, which lasted for over three years and was co-financed by Piedmont Region using European funds, aimed to study new technologies that may be used in the robotic or human space exploration, with particular attention to Moon and Mars exploration.

Vastalla was responsible for activities in two work packages:

In the image above, Piedmont Region President Roberto Cota assists to STEPS final demonstration at Thales Alenia Space’s Collaborative System Engineering (COSE) Centre. Vastalla presents the outcome of its activities during the demonstration. 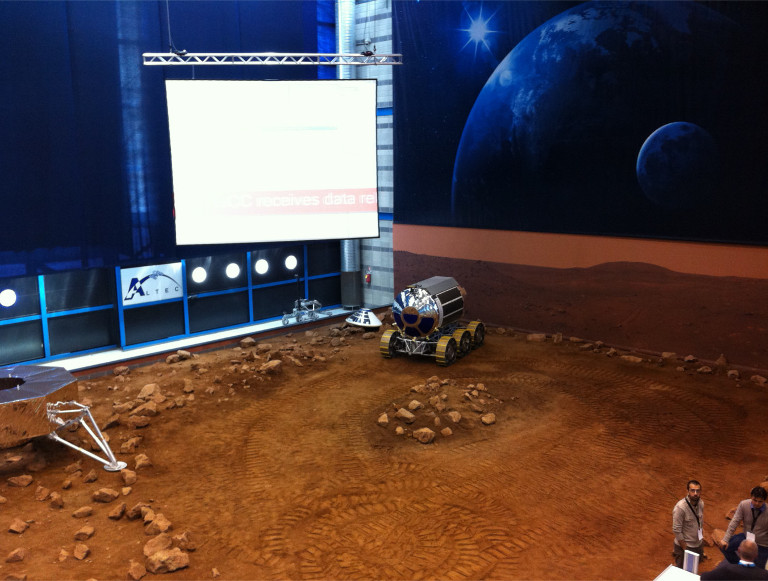 In the image above you can see the scaled Pressurized Rover, airlock (in the back) and part of the lander. Final demonstration involved the Rover movements on the simulated Martian terrain prepared at ALTEC facitilies in Turin. ALTEC (Advanced Logistics Technology Engineering Center) is the Italian center of excellence for the provision of engineering and logistics services to support operations and utilization of the International Space Station and the development and implementation of planetary exploration missions.